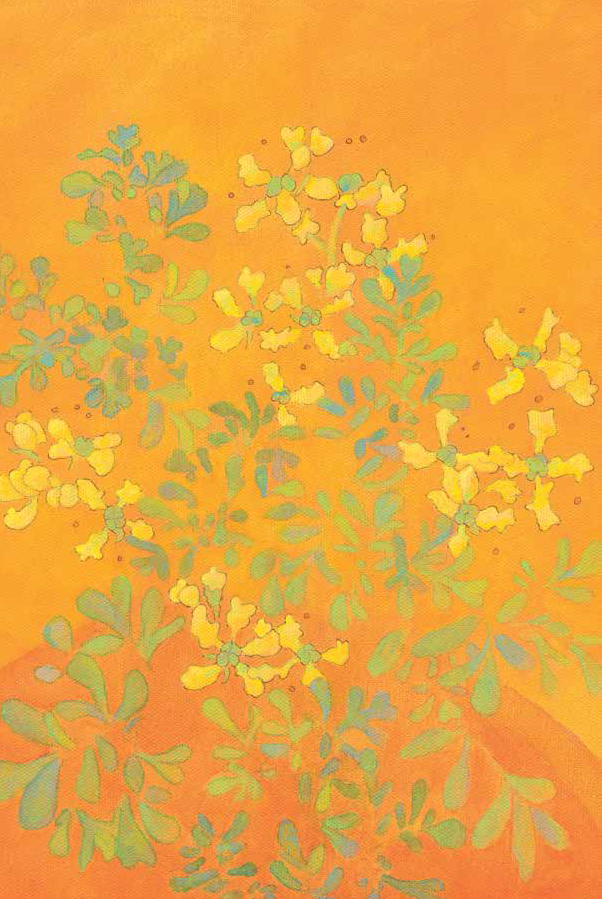 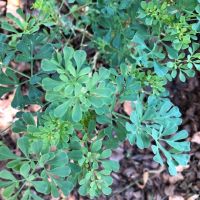 This mysterious plant is one of the oldest known medicinal plants. It is native to the Mediterranean but now grows worldwide and can overwinter in milder climates. Rue is a woody evergreen perennial that was used in ancient times to ward off pestilence and disease. The Romans brought ruta with them when they invaded England and later the name was shortened to rue. The early Roman Catholic Church sprinkled a combination of rue and holy water as a way to cleanse sins.

It is the middle of May and rue is blooming in North Carolina and the bees are busy collecting the pollen. When you look closely at rue’s yellow flower, what pattern do you see? Take a few deep breaths and close your eyes. Meditate on the picture of the flower. 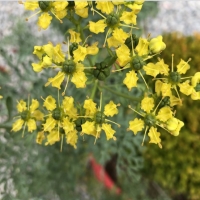 The yellow flowers and green stems form a cross-shape pattern and I think of the Celtic cross and also the four cardinal directions. Look at the picture of rue’s leaves, they are club shaped. What wisdom might rue have for you?

Be careful when you touch rue as some people are allergic to her leaves and have to wear gloves when working with her. If you are allergic, rue can cause the skin to blister so handle her with care.

Recently I was at a local Mexican restaurant and near the front door of the restaurant were three potted rue plants. It was nice to run into a friend and ally in an unexpected place! 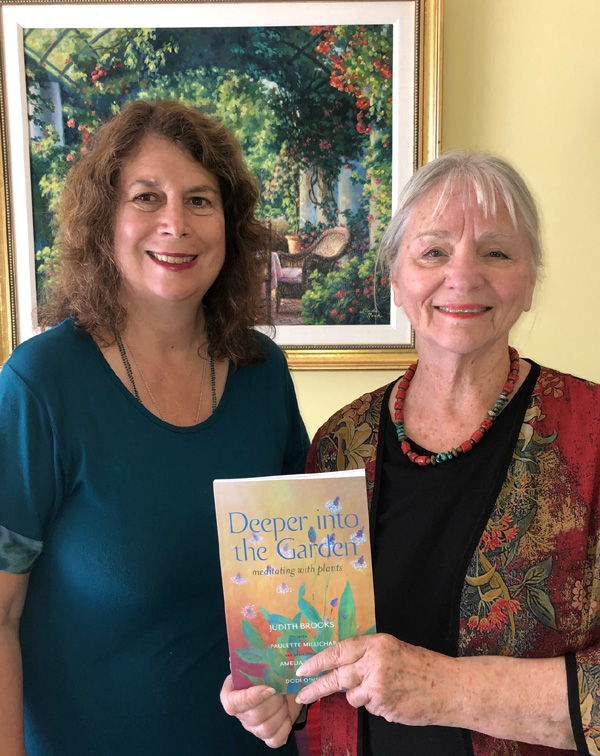 Where to Buy the Book

Deeper Into the Garden